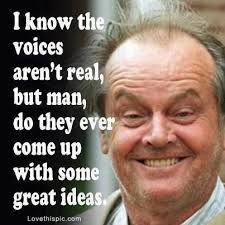 Be it the Seller who lingers just long enough for a ‘meet & greet’ with your clients or the disgruntled tenant who needs to air a laundry list of perceived code violations you’re going to run into someone willing to voice an opinion just when you thought you were alone i.e., the voices behind you. Being aware of your surroundings should always be a priority for safety’s sake thus, being prepared to respond to a friendly “excuse me” or an empty beer can coming your way should come naturally…I’ve dealt with both. How you deal with an impromptu situation may be your client’s first opportunity to see firsthand how you treat a total stranger or whether your ability to ‘think on your feet might translate well into negotiating a good deal. It’s an opportunity to practice both good citizenships & let your clients know who you are.

Today’s encounter was not unexpected thus, I knew the well-meaning property manager on my multifamily listing was going to open more than just a few doors for the commercial appraisers and me. Again, unlike the disgruntled tenant, she had no real intention of sabotaging a listing that now spans over 15 months and is just a few weeks from closing…if only these two seasoned appraisers don’t take issue with something said today. Of course, once the interior inspections were completed and a Q & A was about to commence they suggested that the property manager stick around as well,  just in case she had some ‘additional insight’. Of course, in order to get me in the right frame of mind the voice in my head said “That’s a great idea”.

It didn’t take long for a few questions regarding some deferred maintenance issues to go off the rails a bit with that ‘additional insight’ they were originally looking for when they asked the manager to stay. I’m pretty certain that both appraisers knew exactly what they were getting themselves in for by inviting the property manager in for the Q & answer session.  What better opportunity to quickly decipher what conditions might exist than to have the property manager serve up an outlandish tale to explain a hole in the wall and gauge my response to it? I will admit that the prolonged laughter the property manager exhibited when she described squirrels running circles inside one of the units almost reached an ‘uncomfortable moment’ however, it also allowed me the opportunity to answer a few questions that were waiting for answers, as well as posing one to the manager about landlord/squirrel law.

Having worked for years in the Health Care industry prior to my 28 + years in Real Estate I found that recognizing & allowing someone an opportunity to take center stage, however brief that moment may be, may be more important to them than you’ll ever know. As I answered the appraiser’s questions about financials & condition issues, I made a point to address everyone in the room equally. I could sense by her silence that some of this ‘financial stuff’ was either getting by her a bit or perhaps she was just taking it all in, either way, it seemed to have slowed the additional voices in the room.

As the appraisers and I parted ways one of them couldn’t help mentioning that “It appeared you had some help today ?”.  I knew from their eye contact with one another that they not only planned for such a scenario but, were entertained as well so, hopefully, we’ll come in at value with no conditions being required.  I got a follow-up e-mail from the appraisers later that day simply stating they enjoyed their visit, not something that happens very often. I may not know ‘Jack’ but, those voices do come up with some great ideas from time to time.

Bob Zawaski G.R.I. I take a truly consultative approach to working with my clients to ensure satisfaction. I start by defining your needs and objectives. Whether you are looking for your first home or looking for an investment that will give … END_OF_DOCUMENT_TOKEN_TO_BE_REPLACED

Bob handled the purchase of a home we own with our daughter a little over a year ago...and he did an amazing job. Would recommend him highly for his easy going personality, professionalism and knowledge skills, but mostly for his integrity...which goes a long way with me!