Selling your Home and buying another can be a challenge, especially in a market with inventory of just 2.3 months (the amount of time it would take to deplete all listings if no new listings were added) as is the case here in the Portland, OR metro area.  Inventory below 6 months is indicative of an appreciating market thus, 2.3 would suggest it’s a Seller’s market. Despite very little change in inventory from the last time I blogged on this issue (September of 2015 when it was 1.9 months) in Transitioning Between Houses we’ve come a long way in bringing back the simultaneous closing of one house to another that was common place a decade ago. 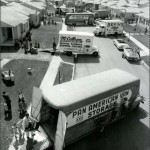 As is the case with the Stock market where sentiment towards the events of the day shape its ups & downs,  Real Estate is not solely reliant upon Buyer’s & Seller’s simply taking statistical market data at face value. The slight gain in inventory we’ve seen in September of 2017 versus that of 2015 would suggest we should be going at roughly the same level of appreciation yet, we’re clearly not. The typical slowing down of the market that we see mid-summer seemingly came as no secret to buyers this past year thus, their sentiment was heard loud & clear. Price reductions, discounts and repair negotiations became more common place then in the last two years. That’s not to say that we’re headed in a rapid decline but, perhaps a correction of sorts after a couple of years that saw Portland as one of the leading major metropolitan areas in appreciation. Does this mean Seller’s will be more receptive to Contingent offers ? Perhaps in some cases they will but, there has been some changes on the lending side of the equation that may give hope to those who have little or no reservations about selling their Home but, wonder if they can find a replacement home when they become buyer’s themselves.

The stumbling blocks to bridging the gap have typically included expensive Bridge loans or  a refinance with all the costs & fees in order to rid the borrower of the ‘temporary’ financing utilized in order to circumvent buying in a Seller’s market. As for whether we are still in a Seller’s market or witnessing a correction remains to be seen but, certainly lenders have created products in response to the needs of today’s borrowers. According to the National Association of REALTORS 68% of buyers are buying a home at least for the second time thus, one would assume many of them have a home to sell. Although much more than a stop gap measure, Guild Mortgage lender John Bruce has successfully linked several of my clients with the Guild 1% Down program as an alternative to those who might be cash strapped yet, want to purchase their next home in advance of selling their own. With market rates and competitive Mortgage Insurance the borrower truly has an option that includes keeping this loan in place as opposed to viewing it as an expensive temporary measure such as a bridge loan or traditional refinance. In addition, a recast or virtually cost free version of a traditional refinance after a purchase allows those whose qualifying numbers might be too tight and/or cash for a down payment is problematic, without selling first. Of course, flexibility in underwriting has also created opportunities for borrowers where none may have existed just a couple of years prior.

Having the resources available from the lending side, as well as a thumb on the pulse of the market from the Brokers side are what we bring to our clients at Investors Trust Realty .

Bob Zawaski G.R.I., S.R.S., A.B.R., S.F.R.,  e-Pro I take a truly consultative approach to working with my clients to ensure satisfaction. I start by defining your needs and objectives. Whether you are looking for your first home or looking … END_OF_DOCUMENT_TOKEN_TO_BE_REPLACED

'No one gets rave reviews from his clients like Bob Zawaski does. Bob's real estate knowledge and attention to detail are astounding. More important is his passion for his clients and their outcomes. He listens well, works hard, negotiates strategically and solves problems like no other I've seen in my 20 plus years in this business. When I have real estate transactions of my own to do, there's only one agent I'll hire- Bob Zawaski."